Forum rules
Talk about Adafruit Raspberry Pi® accessories! Please do not ask for Linux support, this is for Adafruit products only! For Raspberry Pi help please visit: http://www.raspberrypi.org/phpBB3/
Locked
9 posts • Page 1 of 1

I just wanted to drop everyone at Adafruit a thank you note. Over the past 2 years I have been working to complete a animated Wheatley from Portal-II along with a Portal Gun. Wheatley is animated via a Raspberry Pi, Servo Hat and speaks with the help of the 20watt amp. His eye is made up of 76 neo-pixels controlled via of a fadecandy board. (10 servos control movement). Of course there are also UBEC's and other components to make everything work as well.

Inside the Portal Gun is a Rasp-Pi Zero, Arcade hat, PowerBost 1000, and operator display using a 128X64 OLED. The animation sequences are selected on the Portal Gun and then communicated to Wheatley via Bluetooth.

The software is all Python-3 making use of many of the Adafruit libraries.

Wheatley would not have been possible without your prompt customer service and support combined with an every growing catalog of electronics. 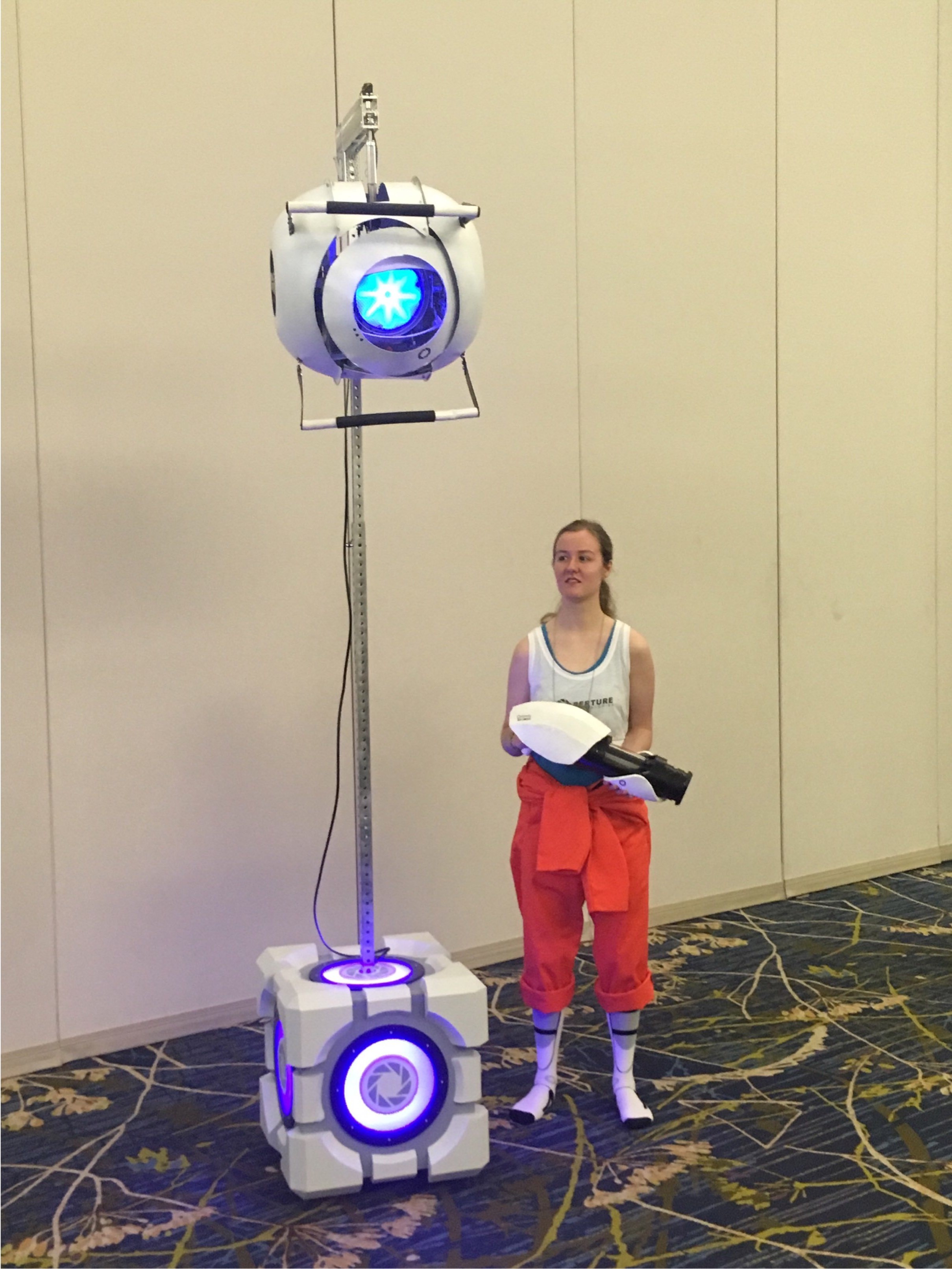 wow awesome, do you by chance have any video? we'll blog this up :)
Top

I will forward video in a couple of days.
Top

Were you able to do some video?
Top

Have video. In what format and how should I post?
Top

Posting on youtube or vimeo is good! or you can upload an mp4 to a sharing service
Top